Here’s the headline: “Three Arrests Made After Violent Antifa Protests In Portland.” It’s associated with this article at DailyWire.com.

In the article, we learn that two “females and a male” were arrested in the attack on gay journalist Andy Ngo by Antifa fascists. I gather that #’s 1 and 3 are the babes, while the middle one is the dude. 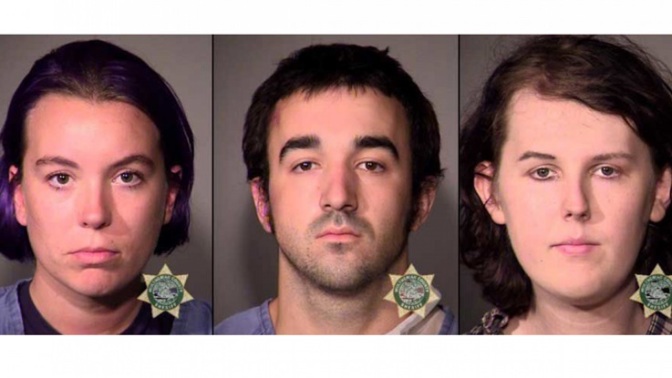 But seriously, look at ’em! They range in age from 21 to 23, and if someone had told you that the arrest had rounded up “three males,” would you have been surprised?

They’re all three Antifa goons. I wonder if there’s a brain cell that works between the three of ’em, or are they just the intellectual equivalent of apes, like most of Antifa?

If these are the ones who perpetrated the attack on Andy Ngo, then they’ve almost killed (he’s not completely out of the woods yet) a man who was doing nothing more than take some pictures of the Antifa rally that the goons above were holding.

2 thoughts on “Just a Quick One: Antifa Goons’ Mug Shots”